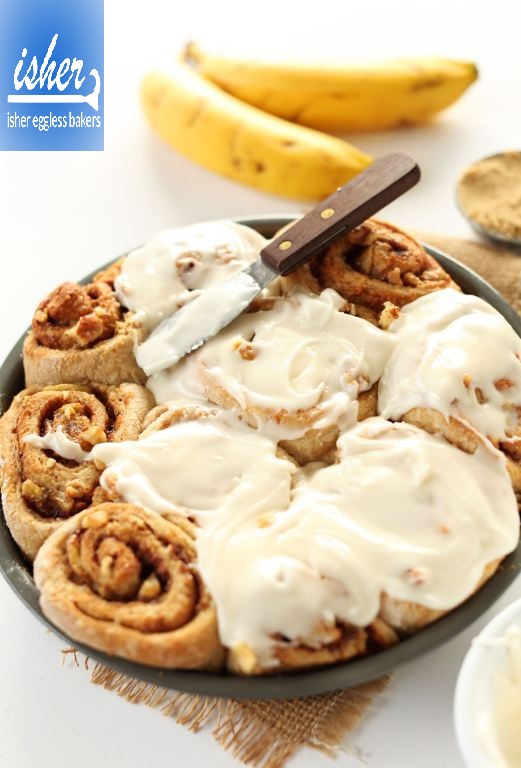 Are you looking for vegan cake shops in Melbourne? Nowadays, vegan cakes are everyone’s go-to option around the world. Because they’re plant-based, light in the stomach, healthy, and utterly delicious. Back in the days, vegans had no idea of consuming cakes as the cakes were made of gobs of milk butter and eggs. And the good news is, there are thousands of vegan cake recipes that can be made without dairy products and are loved by vegans and non-vegans alike. If you’re craving rich banana-stuffed cinnamon rolls with a vegan twist, you have come to the right place. Whether you would like to have some snack during tea time or simply bake some vegan goodies for your guests, this recipe is such a crowd-pleaser that delights everyone.

Banana bread rolls and cinnamon rolls are two different recipes. When combined, they make an amazing vegan breakfast. Let’s get to the making part.

All you need is soy butter (vegan), warmed almond milk, bread flour, brown sugar, quick-rise yeast. Add 2 cups of bread flour into a cup, put the yeast into it, use sugar to activate the yeast, and then use warmed almond milk. While mixing, you’ll get bubbles. Then add brown sugar, 1/2 cinnamon powder, and butter to sweeten the flour and add the mashed banana and vegan butter to give the flour a good mix and ensure it is thick and not watery. Top it with crispy vegan choco sprinkles for added flavour. Then, use a pin to roll the flour into a round shape. And, arrange them in a pan and use parchment paper to cover them. Let the flour mix come to a rise overnight and keep them in a freezer.

When you’re about the bake, take the flour mix from the fridge and allow it to come to room temperature. Let it rise again. And then, preheat the oven 105-115 degree and bake.

Now, your hot and delicious vegan banana cinnamon rolls are ready to attack your senses!

If you don’t have time to bake cakes and looking for delicious vegan cakes to enjoy, order vegan cakes in Melbourne from Isher Eggless Bakers. For cake orders, call us on 1300447437 today.