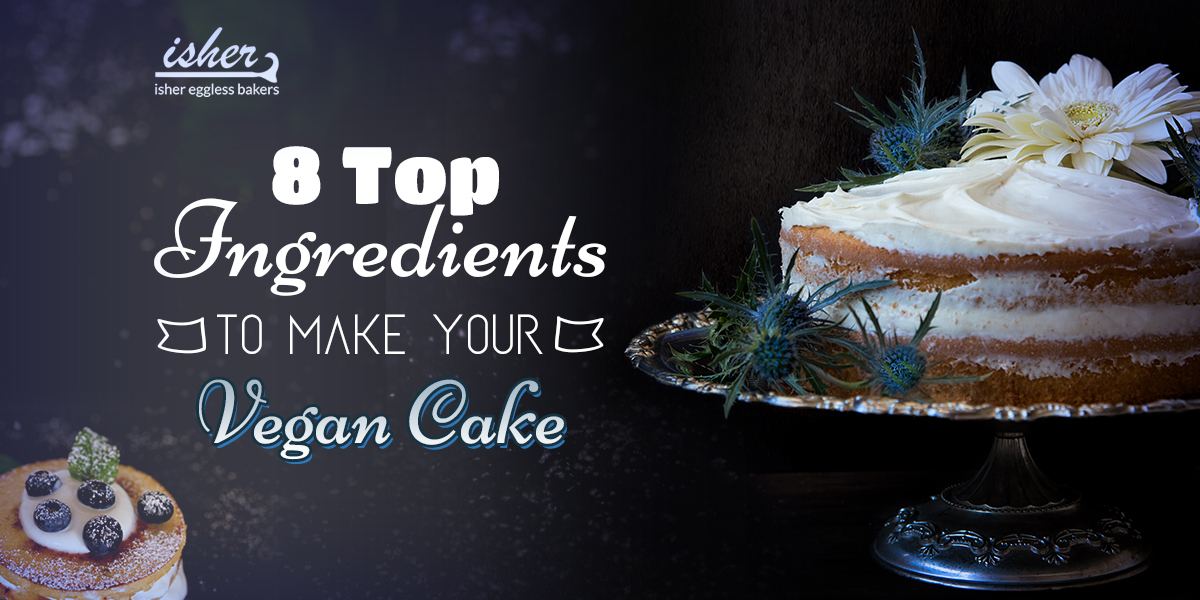 Someone said, “If you are trying to create a company it’s like baking a cake.”

The world love cakes. Your grandmother, my grandmother, your siblings, your friends, your neighbors, as a matter of fact, almost everyone around you loves cakes. The flavor and texture preferences of the people might be different but nobody can say no to cakes.

Veganism is gaining high popularity nowadays. There is an umpteen number of celebrities who have opted veganism so why not us! So, if a vegan wants to consume cake, what shall they do in Melbourne? Open GPS and search, Vegan bakery near me? That would be a bad idea in case the nearest vegan bakery is closed. To answer this, I have a solution; you can make a vegan cake at your home in quick time. It might sound difficult to make a cake without egg or any dairy product. See, it was challenging enough to make a cake without egg for vegetarians.

Still, it is a feat that has been achieved a long time back. Here are the ingredients to make vegan birthday cakes in Melbourne conveniently

There is a possibility that one wants to make a milk cake without milk. It might sound foolish unless you are talking to a vegan or asking for vegan cakes in Melbourne. Nothing is better than cow's milk, but in case of a vegan cake, one can always go for soy milk, almond milk or coconut milk.

In case of recipe's requirement for buttermilk, it can be created by the addition of lemon to any non-dairy milk.

Now butter is the most important ingredient for making a cake. In case you are making a vegan chocolate cake, it is incomplete without a buttery feel on our tongues. Don’t lose your heart. Butter can be swapped by Canola oil to makes the best cakes in Melbourne. At times, the canola oil might not contribute to that buttery feel. In that case, vegan margarine or vegetable shortening can do the needful.

Flaxseeds or flax-eggs can be used in case of eggs to prepare vegan cakes. They need to be mixed with water in ground form. The composition must be 1:3, i.e. 1 tbsp. of flaxseed powder and 3 tbsp. of water. It needs to be set at rest for approximately 10 minutes.

Those people who don't like flaxseeds, they can use applesauce as an alternative. A ¼ cup of applesauce can contribute to a single egg.

Banana can also fill the gap for the egg's absence while preparing a vegan chocolate cake. Banana is a starch-filled fruit which can develop enough mushy feeling for the cake. One egg is equal to half a banana in the cake world!

You might have seen a viscous gravy-like liquid in your pea-cans. Some people prefer consuming it with rice while others throw it. You must be surprised to know that it can act as a substitute for egg while baking best cakes in Melbourne. It can be whipped exactly in the same way egg whites are. The liquid is called Aquafaba.

We love eating boiled chickpeas or oats in our breakfast. Pea/oat milk, rice milk can serve as an alternative for dairy products. The advantage of using them is that they are completely allergy free. For a person who is quite sensitive to allergies, can consume cake made with them.

While whipping your batter remember: rice grains are thin so adding a tablespoon of applesauce or oil can help in maintaining the volume for each cup of rice added to the batter.

So above were the top eight ingredients to make your vegan cake. Just go through the right composition and ratios and voila! You will get your favorite vegan chocolate cake or a vegan vanilla cake or any possible cake. In case you are too tired to make one for yourself, you can reach out to the best bakery in Melbourne and enjoy an amazing vegan cake experience!